Even though life these days seems to be in a continual state of flux, some things stay the same. One frustrating example: the making, and subsequent breaking, of New Year's resolutions. Research shows that about 60% of people make them—and that more than half of those of us who do, don't keep them for longer than a few months.

Since the biggest fall-off seems to happen somewhere between two and six weeks post-January 1, I thought this might be a good time to offer you some support. (For those of you in the 40% of people who say they never make New Year's Resolutions—view this as aid in keeping whatever self-improvement commitments you do make.) So, for anyone who's trying to change something about themselves: 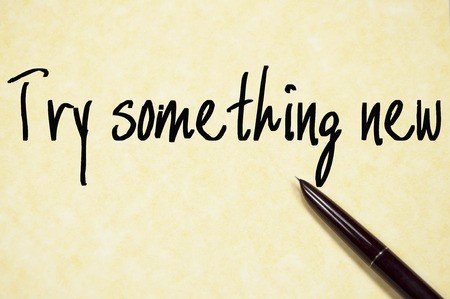 Let go of discipline and will power: Wait, what? Isn't keeping resolutions all about discipline and will power? As it turns out—no. Even though we tend to think that those who keep their self-commitments are enormously disciplined people who are better able than the rest of us to wrestle their unhealthy impulses to the ground, it turns out that those folks don't see themselves that way at all. They report being moved toward keeping their self-commitments by strong positive motivations: passion, hope, compassion, excitement, curiosity. A recent article in the NYT reinforces these findings—showing that, for instance, compassion and gratitude are strong motivators to change. In other words, people who consistently keep commitments are motivated by believing that it will give them something they really want—not because they're good at denying what they really want. A little example from my own life: People have often asked me, over the past decade, how I've found the "discipline" to write books. My response is always, "I love to write, and I love the feeling that I'm putting something out in the world that will be useful to people." Not willpower or discipline but rather enjoyment and hope have been my motivators. So, if you want to keep your resolutions, stop thinking in terms of giving something up—which is what we generally mean when we use the words "discipline" and "willpower"—and think about what you'll get from keeping your resolution.

Find benefits that resonate for you: Which leads me to the second step. If you review your life honestly, you'll probably find that the things you end up doing are the things you most want to do. Not the things you say you want to do—but the things you actually want to do. In fact, I'm convinced that any time we say we want to do something over and over again and don't—it's because we don't really want to. I just had a conversation with a colleague of mine the other day; she was talking about a coaching client who she said really wanted to leave his job. "How long has he been saying that?" I asked. "For about 18 months," she replied. "OK, then he doesn't really want to do it," I said. "Oh no," my colleague responded, "He definitely does—It's just that there are lots of thing in the way." I asked, "Has he been making any effort in that direction— updating his resume, networking, finding out what other jobs might be available in his field?" "Well...no," she answered. "OK," I said, "Then he doesn't really want to leave his job." After that we had a great conversation about how she could help him decide whether he actually wanted to leave his job - so that he could either commit fully to his current job, or start making effort to leave.

Here's how this relates to New Year's Resolutions: Unless you want to do the thing you've resolved to do more than the thing you're currently doing—you won't do it. Let's say, for instance, that you've decided you want to lose weight or eat healthier (statistics show that's by far the most common New Year's Resolution). Take out a piece of paper and divide it into two columns. In the lefthand column, write down all the difficulties you'll encounter when trying to lose weight or eat healthier. Be honest with yourself! Now, in the righthand column, write down all the benefits you'll get from losing weight or eating healthier. Look at the two lists: if the righthand one doesn't feel more compelling to you than the lefthand one, you almost certainly won't change your habits. All is not lost, though. I suggest you keep reflecting and adding benefits to the righthand list until you find a few that are truly meaningful to you. (That is, when you focus on those benefits you start to feel a spark of interest, excitement, or hope about keeping your resolution vs. boredom or dread.) Once you've found those benefits that move you, decide how to move toward them every day...

Focus on small, daily effort: One of the problems we create for ourselves in trying to change the way we behave is that we often don't give ourselves good guidance. We're vague and general: "I'm going to eat healthy" or "I'm going to learn Spanish." Even if we have strong positive motivations—we see real benefits that inspire us—toward doing these things, a loose statement of intention like that is likely to leave us floundering when it comes to everyday choices. A couple of years ago, I decided that I wanted to become fluent in Spanish. I was strongly motivated by the idea of being able to converse with colleagues, and even get to the point where I could do business in Spanish in Latin America and Spain, but I wasn't sure what I could do regularly to keep me moving forward. Fortunately, shortly after I made my resolution, someone introduced me to Duolingo (an amazing app, if you're not familiar with it), and I clarified my resolution to "I'm going to do 10 minutes on Duolingo every day." It worked (I'm very proud of my 600+ day streak on Duolingo), because it was specific, doable and reasonably enjoyable. And as I improved, I was able to add other simple daily habits (I now watch Spanish-language TV or videos at least 15 minutes a day, too). If you can create simple daily habits like these to deliver on your resolutions, you'll be far more likely to keep them.

Collaborate: And finally, take advantage of the fact that we humans are tribal creatures. This can take a variety of forms. For some people, working on a resolution together with a friend or colleague makes the whole enterprise more fun and interesting (and therefore more likely to succeed). For others, injecting an element of friendly competition can be motivating. And for some of us, just letting others know that we've committed makes it more likely that we'll follow through—we're less likely to slide if somebody else knows what we've said we'll do. Whatever reason works for you, there's a lot of research that shows gutting it out by yourself when trying to change your behaviors is much less effective than involving others.

So, when it comes to resolutions: Forget about being tough on yourself, and instead look for the benefits—things that really interest or excite you—that you could get from changing. Break your resolution down into small, doable, daily steps. And find others to take the journey with you. Good luck—and I'd love to hear how it goes...