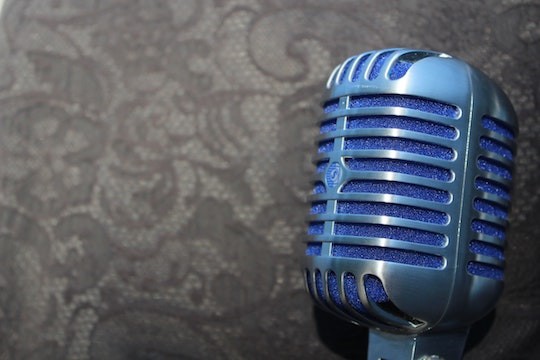 I can’t tell you how many times, over the years, managers have complained to me that their folks don’t speak up in meetings. They lament the fact they don’t get creative ideas, useful pushback to their own ideas, or meaningful conversation about important issues.

More problematically, the managers usually propose all kinds of negative reasons for this lack of interaction: “They just don’t care.” “They’re risk-averse.” “They’re not creative.” Etc.

Almost without exception, in my experience, these things aren’t true: the problem lies with the manager. Managers very often act in ways that make it difficult for people to talk in meetings. Now, I know they’re not doing it intentionally—they just don’t see the impact of their behaviors. Senior executives I coach are often surprised and embarrassed when I point out to them how their behavior is largely responsible for the lack of contribution they’re finding so irritating.

Fortunately, the fix is simple. It’s not easy—it requires becoming aware of your habits and then substituting new ones—but it isn’t complicated and it is possible:

Give people lead time. Often managers will share brand-new information in a meeting, and then ask for immediate feedback or opinions about it. Some people are OK blurting out an instant response, but most people would prefer to have some time to think about what they’ve heard, ask some questions, form an opinion. Remember, when you as the manager bring up a new topic in a meeting, you’ve usually had a chance to think about it beforehand: give your folks the same opportunity. You can do this very simply. If you’d like to get people’s opinions about a substantive issue, let them know about it a day or two before the meeting. That way they’ll have time to think about it, perhaps ask questions of you or others, do a little research. People will then be much more willing to talk about it in the meeting, and those responses will be more thoughtful and informed.

Frame it up. I was in a meeting a few weeks ago where an executive asked his reports, “What should we do about this new ad campaign?” Everyone looked confused and no one said anything. He got irritated and said, “Come on, you guys—I need you to weigh in on this!” More confusion and non-response. I stepped in and said, “I don’t think anyone’s clear on what you’re looking for: why are you asking this question?” ”It’s a great campaign,” he responded, “I want to figure out how we can leverage it across all our platforms.” Everyone’s face cleared, and a great conversation ensued. People can’t respond well (and most often won’t respond at all) if they don’t understand what you’re looking for when you ask a question. Before bringing up a topic to your folks, stop and think, “Why am I asking about this?” And then share the answer to that question as your set-up in the meeting.

Stop talking. This is probably the single most important thing you can do. A few years ago, I coached a CEO who was convinced that none of his direct reports were “bold enough” (his words). When I asked why he thought that, he said, “Getting them to talk in meetings is like pulling teeth—I think they’re just not risk-takers.” I suggested that I observe his next team meeting. Within the first five minutes, the reason for their silence became abundantly clear: they couldn’t get a word in edgewise. He’d ask for their opinion about something, and then—without pausing—roll right into his own opinion…which he stated with a good deal of passion and certainty. By the time he was done talking, I could tell everyone felt that he’d already come to the conclusion he wanted, so why should they talk? And even when someone tried to say something in support of him, he interrupted to agree with their agreement. Once he started leaving some open space after asking a question, people began weighing in with their own opinions.

Take it in. Another executive of my acquaintance said she was tired of people not “stepping up with new ideas” (again, her words). I had seen, though, that nearly every time someone did venture an idea in a meeting, she’d shoot it down: offering reasons why it wouldn’t work, had already been tried, wasn’t feasible, etc. etc. She had taught her folks very effectively that it was a waste of time for them to come up with new ideas, and that the smart thing to do was simply to wait until she told them what she wanted. Once she was aware of what she was doing, she made a concerted effort to behave differently: to listen until people were finished speaking, to agree whenever possible, and to respond to ideas with which she disagreed using an approach called LCS: first she’d say what she liked about the idea, then the concerns she had about the idea, and finally a suggestion for addressing the concerns. It’s a wonderful way to disagree without being dismissive or shutting down the conversation.

Use what you hear. If you want people to speak up more, show them that speaking up will be rewarding. People like to see their ideas acknowledged and put to use. If you make a consistent effort simply to give people credit for their ideas, this will go a long ways toward encouraging people to share more ideas. It’s even more encouraging when someone’s idea actually gets implemented. In other words, if people feel there’s a practical and emotional payoff for sharing their ideas and opinions—they’ll do it.

Do these things consistently, and you may find yourself complaining about the fact that you can’t get your folks to stop giving you great input…