5 Things To Look For When Choosing An Executive Coach

Four different colleagues sent me a link to the same Stanford study about executive coaching—and two other people mentioned it to me as well. Boiled down, the study shows that not many CEOs are being coached, and that most would like to have that opportunity.

It makes complete sense that people would have sent this to me: High-level executive coaching is one of our core offers at Proteus, and I’ve been a leadership coach for many years. Interestingly, though, this has never happened before—people very occasionally send me links to articles or posts about coaching, but having a bunch of people mention/direct me to a particular resource: brand new. 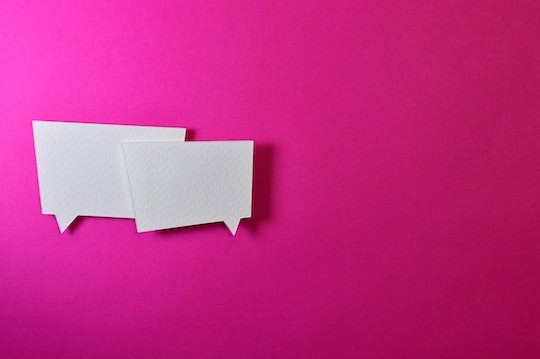 I think this flurry of referring happened partly because this study is a particularly compelling and well-researched chunk of information, and the Stanford name adds cachet. I also believe people sent it to me because they felt we could use it to market the value of coaching (which we can).

But I think it’s mostly because this study demonstrates that executive coaching has finally become legitimate. Stanford is doing studies on it: CEOs want it. My colleagues find it exciting to have data showing that so many executives recognize the benefits of and want the opportunity to engage with a coach.

For those of us who are practitioners, and who believe in the (potential) efficacy of coaching, it’s an important and long-awaited moment. Just to provide some context, here’s my quick and dirty summary of the evolution of executive coaching in the US over the past 25 years:

In other words, the good news is that most corporate executives now see coaching as an investment their organization is making in their success, and are even beginning to become informed consumers. The bad news is that, as with anything that gets popular, there are now many, many people jumping on the coaching bandwagon, hanging out their shingle and offering themselves as executive coaches.

It’s really the wild wild West. Anyone can claim to be a coach. Just a few weeks ago, a client of mind told me that her HR person had recommended a ‘coach’ for one of their executives, someone who said he’d been doing “executive development” for over a decade. I actually knew the guy: he had been an HR generalist—a good one—and had certainly counseled employees informally on many occasions. A qualified executive coach? I think not.

So, since there aren’t really any universally agreed-upon standards for executive coaching at this point, how do you know what “good” looks like? If you’re fortunate enough to be offered the opportunity to work with a coach, here are 5 qualities to look for that will help to assure it’s a great investment...rather than a huge waste of time and money:

Clarity about the process: Really skilled coaches will be able to walk you through their process. That process should include helping you define your core challenges, see where you’re starting from, and where you want to go. It’s also essential that they can describe how you’ll learn new skills and behaviors, and how they’ll support you to transfer those skills back to work. If the coach is evasive, telling you that it’s “hard to quantify” or “up to you,” or if he or she is all enthusiasm and no practicality (“people love it!” “It’s life-changing!” ”It will galvanize you to be your best!”), it’s a good bet there will be no there there.

More than your point of view: A good coach will tell you that his or her approach includes gathering feedback about you from those who work with you most and ‘patterning’ that feedback to draw a clear picture of how you’re seen by them, and then working with you to decide the areas where the two of you can have the greatest positive impact on how you’re viewed, your capabilities and your success. If the coach doesn’t include feedback from those around you, that’s a problem; we all have blind spots, and it’s important for you and the coach to get a sense of how others see you and interact with you.

Real skills: If a coach, when asked how he or she will help you, says, “I’m a sounding board,” or “we can talk through the things that keep you up at night,” or “I’m the person who’s on your side,” odds are that you could have some interesting and/or moderately useful conversations with this person—but he or she won’t do much to help you grow. Great coaches will let you know that they can offer you useful new skills, awareness and knowledge, and help you integrate what you’ve learned into your day-to-day life. They will be able to describe very specifically how they have worked with others to improve their leadership, management, and or business operating capabilities.

Confidentiality: This is huge. I recently spoke with an executive who started working with a coach provided by her organization—and later found out that person was sharing everything that happened during her coaching sessions with her boss and the head of HR. Good coaches make very clear agreements about confidentiality upfront with their coachees, and they keep those agreements. If a coach is at all evasive or unclear about what’s being shared and what’s held in confidence, or if you find out that he or she has shared confidential information—please end the engagement. Working with this person could materially damage your career.

Actual success: Effective coaching enables clients to be better at their jobs, and to create the future they want for themselves. Good coaches help their clients get clearer about how they can best contribute to their organization’s success, and then to achieve better results and become more highly promotable (if that’s what they want). If a coach can’t point to actual coachees who have improved in demonstrable ways as a result of being coached….why are you thinking about working with him or her?

Having an executive coach can be enormously helpful. A good coach can help you see yourself more accurately; get clear about how to best play to your strengths; and grow in the highest leverage and most feasible ways. He or she will be illuminating, strengthening and trustworthy. Make the choice carefully and you’ll benefit for years to come.