5 Ways to Engage With Presence 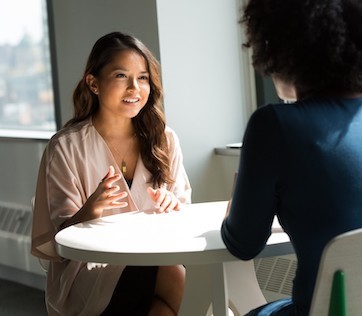 She was early in her career and recently promoted to the top finance job. Her team consisted of several long-tenured people who thought they should have gotten the job instead of her. In those first few weeks of establishing herself as the new leader, every interaction felt high-stakes. In essence, the team was deciding if they would accept her as their leader.

I watched as she kicked off the first extended team meeting. She stood slightly to the side, not front and center. As she clutched her notes, she spoke with a soft voice, “So, we have a few people missing. We were expecting others but it didn’t work out, so it’s just us. Melanie and Steve are late, so I guess we’ll get started now.”

It was like watching an all-star basketball player miss a free throw.

As humans, we’re wired to look for signals that tell us someone is worth following or not. In that moment, her actions didn’t support her intention to make a strong first impression.

There’s two objectives when you want to demonstrate presence – show up as credible, confident and in charge and at the same time, approachable – open, empathetic and connected to people. Here are some tips:

1. Manage the Voice in your Head If it’s not saying something that supports you to show up as the strong, capable leader you are, then change it. What you say to yourself connects to your emotions and shows up in your behavior.

2. Stand Strong If your default is to slouch, lean or hold onto things in your hands (pen, phone, paper, etc.) practice standing tall, square your shoulders with your hands at your sides.

3. Invite Eye Contact When you actively seek out eye contact, you’re seen as more believable, confident and competent. Hold eye contact with one person as you make a point, then shift your eyes to another person when you make your next point. In virtual meetings, eye contact means looking directly into the camera.

4. Vary your Volume and Pace. Most people can afford to speak louder than they think to have a commanding presence. Dare to be louder than you think. If you were told you speak too quickly, it’s not that you can never be fast, it just may mean your pace never changes. Sometimes, slowing down will keep people’s attention and hold their interest. Vary your pace.

5. Don’t Wing It. Prepare your first few statements – Finding the words that convey a strong message or highlights the purpose of the session. Leave the logistics for later.

If all that seems daunting, try applying only one tip this week and see what impact it has on you and others.

Therese Miclot is Proteus' Director of Facilitation Excellence. She delivers – and teaches others to deliver – dynamic, interactive, world-class learning experiences.

Proteus and Koppett set the standard for facilitation excellence. We’ve defined what great facilitators do, so you can assess facilitator performance accurately and consistently benchmark with world-class organizations. Our approach supports facilitators at all levels with individualized feedback and targeted coaching to expand their range and increase their impact. Proteus International.com