Admitting You Don’t Know, When You’re the CEO

Frank* quite simply doesn’t know what to do. The newly named CEO of a highly regarded publishing company, Frank is a print guy through-and-through. He spent 20 years working his way up through the editorial side, and is excited about the challenge of bringing the company’s great content into the 21st century. In fact, he knows one of the reasons the board has chosen him to replace the retiring CEO is his focus on finding new outlets and platforms for the organization’s wealth of content.

Now, though, he’s sitting in a meeting of his direct reports and their direct reports, and Anne-Marie, his head of digital, is talking about how they should partner with social sites to syndicate their content in ways that could garner both license fees and advertising rev-share…and Frank has realized that he doesn’t really understand what she’s talking about.

Should he ask a question that will reveal his lack of knowledge to his top 30 executives? Or should he say nothing and hope his gap in understanding doesn’t trip him up later in the meeting?

Being a CEO has always been a challenge: everyone looks to you for direction and clarity, and it’s your responsibility to set the tone—philosophically and practically—for the entire organization. And your board and shareholders, if yours is a public company, are expecting you to guide the enterprise to sustainable financial success.

As if that weren’t challenging enough, over the past decade it’s gotten even harder. The ever-increasing pace of change has brought with it the need to find new ways of operating and the ability to understand and incorporate new technologies on an almost daily basis.

Frank’s dilemma arises out of this new pressure, and is common to almost every CEO today: How can I demonstrate that I’m capable of leading the company into the future when there’s so much I don’t know? And how can I find out what I need to know without looking incapable?

The good news is it’s possible. We’ve seen in our work with leaders that some of the most highly respected CEOs and senior executives are also the best at revealing their “noviceness” and opening themselves up to acquiring the emerging skills and knowledge most necessary to their success. In fact, research increasingly supports the idea that CEO openness to and about new experiences is highly correlated with organizational effectiveness. Here, then, are the keys to being successful as a novice when you’re sitting in the big chair: 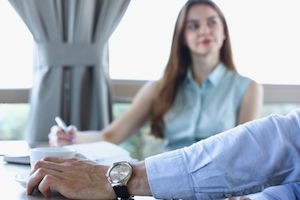 Be great at the core of your job: My business partner is extraordinarily good at what he does. I’m impressed every day with how he builds relationships with our clients and how he supports them to lead well and to be ready for the future. Because I have such respect for him as a highly capable person, when he says to me: “I don’t understand thing X—can you explain it, or do you know someone who can?” I don’t start assuming that I’ve been wrong all this time, and he’s not really very good or smart after all—I assume that this is why he’s so good, that he has built his expertise by being open to learning in areas where he’s not yet expert. If a leader starts by demonstrating that he or she is excellent in many of the core skills and capabilities needed to lead, the people surrounding that person will have confidence that he or she will be able to learn the rest of what’s needed, and will see that person’s openness to learning as a positive thing.

Recognize the inevitability of “being bad first”: Frank’s hesitation to reveal his lack of knowledge arises from a nearly universal human longing: we love to be good at things. Especially once we get to be adults and have experienced some level of mastery, we don’t ever want to go back to being novices. Sadly, though, every time we need to learn something new, we’ll be bad at it when we begin. That’s just how it works. When you’re attempting to understand or get good in a new area of skill or knowledge, you’re going to feel clumsy, make mistakes, have to ask 101-level questions.

You can’t change that reality, and given how quickly everything is moving now, you can’t avoid having to learn new skills. But you can make the process a whole lot easier by simply accepting it; by telling yourself, I’m going to be bad at this for a while until I get good at it.

Recently I shared this approach with a client of mine who was having to learn a new way to manage his company’s supply chain—and was both resistant to and embarrassed by his lack of understanding. However, as soon as he was able to shift his mindset into “accepting being bad,” he told me it was almost like setting down a physical weight—that simply acknowledging and accepting the reality of his novice-ness made him feel immediately less pressured, more capable and hopeful. He told me later that he felt as though “the static in his head had quieted down,” and he was able to pick up on what he needed to understand much more quickly than before.

Get good at being a novice in public: This is where the rubber meets the road for a CEO. Having to show your noviceness in public when you’re wanting to be seen as a competent and powerful leader can feel awkward and even a little scary. However, if you can be courageous enough to ask that first “novice” question in public, I can almost guarantee you’ll find your fears aren’t justified. You don’t have to throw up your hands and admit you have no idea what’s going on. You just need to ask people to walk you through what they’re saying step-by-step.

For instance, our new CEO Frank might take a deep breath and say to his head of digital, “I’m not sure I’m following you—could you explain that in a different way?” I’m sure when he does, his heart rate will accelerate a bit, and he’ll wonder if he’s made the right choice. But then she’ll stop and say, “Oh, sure. It’s what we’ve found out from some of the one-off deals we’ve done with Facebook and HuffPo for our articles. How it works is…” Frank will listen and understand, Anne-Marie will feel important and helpful, and the trust and openness on his team will tick up a few micro-points.

In other words, nothing bad will happen and a number of good things will happen. That will make it much easier for him to “be bad” the next time, and the next. Word will get around that he’s really interested in his people’s point of view and willing to learn from them, better conversations will happen, and his employees will start to ask curious questions in their own meetings. Learning in his organization will accelerate, and they’ll be able to shift their business in the fundamental ways that will allow them to succeed long-term.

*Name and some details changed.

Subscribe to add to Collection View Collection More from Erika on hbr.org