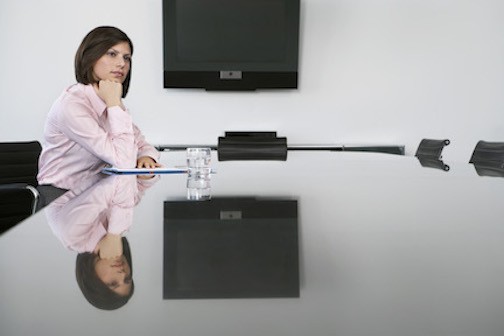 I just read a post here on Forbes, Is Authentic Executive Presence an Oxymoron? The author, Kristi Hedges, says, in effect, “I hope not, and I don’t think so—but it’s tough.”

I agree. It is hard to be authentic as an executive: there are many forces pushing you to be guarded, even deceptive; to pretend to be someone you’re not, or to do things that you don’t believe in. And then there’s the complication that, even though authenticity has become such a popular word in business, and most people tout it as a desirable attribute…nobody really defines it. So let’s start with a definition of the word authentic. This from Merriam-Webster: “true to one’s own personality, spirit, or character” and “not false or imitation: real, actual.”

By that definition, the quality of authenticity isn’t just some touchy-feely thing that got invented in the late 20th century. It’s been at the core of our understanding of what makes a high-quality human being for a long time. Tzu-ssu (or Zisi), an ancient Chinese philosopher and grandson of Confucius, said of authenticity almost 2500 years ago:

Sincerity is the fulfillment of our own nature, and to arrive at it we need only follow our own true Self.

A wonderful sentence, and one that goes right to the heart of what’s most difficult about being authentic, being real: we have to be in touch with our own true self. In other words, being authentic requires first knowing who you really are. It’s impossible to be true to yourself if you’re not entirely sure who that ‘self’ is.

The best leaders know who they are. To start with, they have a good level of ordinary self-awareness—that is, they’re clear on their opinions, their strengths and weaknesses, and how they’re seen by others—but their awareness of themselves also goes much deeper than that. They know what’s important to them, what they value and hold sacred, as well as what’s unacceptable or non-negotiable. They know the sort of person they aspire to be, and they’re honest about when they’re fulfilling their own aspirations and when they’re not. They think about the kind of impact they want to have on the world, and why; they know what they see to be their higher purpose. I don’t mean that they’re dogmatic or doctrinaire, just that they’re very clear about the core elements of their world view—those deep beliefs that are foundational to their sense of themselves.

This clarity requires a certain amount of self-reflection. It’s impossible to be a true leader without spending some time thinking about these deeper questions: the impact you want to have on the world, what’s most important to you and why.

It’s easy to justify avoiding this kind of self-reflection. One leader I worked with many years ago had gotten some very serious feedback that those working for him didn’t trust him. I encouraged him to think about what he was doing to create that response, and whether it was the reputation he wanted to have. He replied, “I don’t have time to navel-gaze. Either they trust me or they don’t. If they don’t, they’re off the ship.” Although he continued to succeed by sheer force of will for a few years, his career then blew up pretty spectacularly, primarily because he was all but blind to his impact on others, and he seemed willing to do or say whatever was necessary to get what he wanted at any given moment.

But when someone is clear about who they are, that becomes a powerful center from which that person can operate. Even when the environment may not support them. One example I experienced: Doug Herzog, President of Viacoms Entertainment Group, is a truly authentic leader, passionate about the idea of treating people well and making them partners in the company’s success. A few years ago, his company decided to stop paying overtime to assistants. Doug knew that these first-level employees were the people in the organization who could least afford to suffer, in effect, a pay cut (and that the work they did in their overtime hours was essential to the company’s success, so they’d still probably have to do it- but not get paid for it).

Upon reflection, Doug decided this wasn’t OK with him: it seemed deeply unfair. It didn’t line up with ‘who he was,’ and therefore wasn’t a mandate he was willing to enforce. He went to the leaders of the company and said if they insisted on this new rule, he would pay the overtime for his employees out of his own bonus. They decided not to implement the policy. And Doug, who was already seen by his folks as an authentic leader, went up even further in their estimation.

If you take the time to get clear on what’s core to you as a person—your most deeply-held values and your beliefs about how you want to impact the world—and then live and act from that understanding, you can become a real leader: an inspiration and haven for those around you, a safe point around whom strong teams can coalesce and achieve great things.