If You Treat People Like Robots, That’s How They’ll Act

My husband and I were watching an old episode of Doctor Who last night, where the Doctor and Rose had traveled back to 1953. One of the characters was an officious, Napoleon-esque little man who tried to keep his wife, mother-in-law and son in line by the simple expedient of getting right in their faces and shouting “I’m talking—you listen to me when I’m talking!” whenever they tried to say anything. He did it in order to keep any of them from saying something that might call into question his version of reality. He wanted to be the one saying what was so and what wasn’t. He wanted to see and hear only those parts of his family that he deemed acceptable.

It occurred to me, as I was watching, that too many organizations and managers practice the same approach. Through a combination of implicit and explicit rules that severely limit people’s autonomy, curiosity, and independent response, such companies and managers think that they will somehow produce a tidy, well-functioning, highly productive organization. 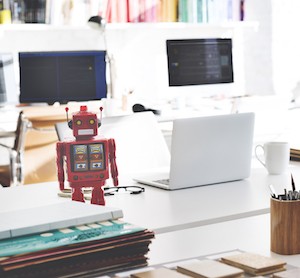 For instance, in one organization we worked with many years ago for a brief period, it was widely known that if the CEO said something in a meeting, the only safe response was agreement. The CEO took this lack of disagreement as consensus, and bragged about his team “all being on the same page.” In another company, the leave and vacation policies were so strict, and so rigorously enforced, that many talented people—especially young parents and people who had health issues or family requiring care—simply went on to other jobs because there was so little flexibility. The CEO in yet another organization decided one day that outside callers were going to voice mail too often, and so decreed that no one in the company would have voice mail. The organization tied itself in knots trying to get around that one in order to do business at all, creating a whole shadow system of routing callers to cell phones that had voice mail messages, etc.

I am not making any of this up.

If you deal with employees as though they are cogs in a machine, you will get only that part of them that is most like a cog in a machine: the part that shows up on time, does exactly what’s asked—no more no less—and goes home. You will not get the 90% of each person that is what can make him or her a great employee, partner, team member: the initiative, the questions, the passion, the concerns, the hope, all the quirkiness and joy and excellence that people will bring to their work if you invite them to do so.

Of course, it’s harder to manage and lead real, full human beings. You have to bring your whole self to work, and decide to let them bring their whole self, too. You have to make sure that the “guard rails” you put up—the rules and policies—are fair, and reasonable, and actually hold people accountable for great work (vs. reinforcing mediocrity). You have to look at each person as an individual and consider flexing the rules if it will help both that person and the organization. You have to think about how it would feel if someone treated you the way you’re treating them…and figure out how to behave differently if you decide it would feel like crap.

It’s harder…but it’s the only way to create a great organization.