I manage a smallish office of 11 people. The interpersonal dynamics have always been great, but just recently I suspect a small clique has formed, with some flow-on effects to the rest of the office. 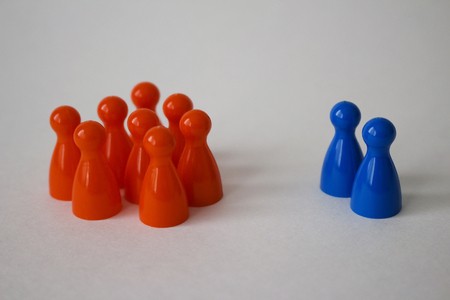 The difficulty for me is that the negative effects of this clique are fairly difficult to pin down. What’s alerted me to its existence is just a less collegial feeling within the office. One member of this clique in particular has a past history of behind-the-scenes sniping and negativity, and I’ve met with her previously to discuss this with what I thought were positive outcomes. So it’s very difficult to address as a manager, because there aren’t really specific instances of work being affected or behavior being inappropriate.

I also feel that to be confrontational here might only fuel the psychology of the people involved—they’ll feel justified in their behavior by any sort of confrontation. I address any negativity that crops up in meetings calmly and matter-of-factly, and describe to people the (consensual) processes the office uses to make decisions, and their right and responsibility to take part in these processes. I’ve also toyed with the idea of requiring all staff at meetings to comment on decisions, so that it might become more obvious that the clique is in the minority. I was hoping this calm and open approach might eventually starve the clique of oxygen, but would appreciate any advice.

These nearly invisible interpersonal dynamics are sometimes the most insidious in their power to erode the trust that’s essential to high-performing teams. I believe your instincts are sound, though—with “calmly and matter-of-factly” being the watchwords!

However, I do have an alternative suggestion to your idea of requiring people to comment on decisions. I think that could fuel the negativity, with the “cliquees” simply saying what they thought was politically correct in the meeting, and then continuing to snipe in private.

In my experience, the “oxygen” of cliques is engaging in complaint. Cliques thrive on a behind-the-scenes commentary on, “Can you believe how stupid/wrong/mean/lame that person/decision/department is?” By engaging in this dialogue the clique members feel superior and cooler/smarter than everybody else, and by doing it more and more they increase that feeling of superiority among themselves… however, in relation to everyone else, divisiveness and bad feeling ensue.

If, however, you require clique members to think about and state how the problem might be fixed, it often weakens the power of the negative momentum by turning their attention toward the possibility of a solution. (Note: their initial response may well be some version of “it’s not fixable.” Then you say, “OK, but if you or we COULD do something to fix it, what might that be?”)

Let us know how it goes, and thanks for writing to Office-Politics.