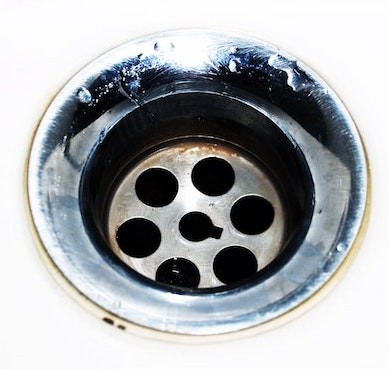 I am one of two partners in a small business. We have a total of seven people in our office, including the two of us. My business partner and I cannot seem to agree on her attitude toward the kitchen.

Now she is giving me the silent treatment and has not spoken to me for three days. What should I do? What is reasonable and customary in the area of kitchen clean up etc. in such a small company?

Imagine this: you’re going along day-to-day, doing something, assuming it’s OK. Let’s say, for instance, that you’re throwing your Starbucks cup into the trash every morning. You’ve done it for years.

At one point, somebody in your life—spouse, business partner, etc.—says, “You know, there’s a recycling bin right next to the trash.” And you nod, but don’t really notice, and keep throwing your cup in the trash.

The next week, the person says, “We’re all trying to be more conscientious about recycling, and the bin is right there.” And you think—“Oh, yeah, right, I should be recycling.”

So, the next couple of times you throw the cup in the recycling bin… but then you forget, or it just doesn’t seem that important; you go back to throwing the cup away. Then you get an email from this person, pointedly reminding you how important it is to the earth for you to recycle.

Now you’re just mad. Why is this person making such a big deal out of this? It’s not like you, personally, are destroying the planet. Gosh… get a life. And you act kind of cool toward this person for the next couple of days.

I offer this example partly because of the obvious similarities to your situation—but even more because it so neatly illustrates the problem with trying to change people’s behavior in midstream. Because there was no initial agreement in place between these two people about recycling, the “requester’s” repeated insistence on recycling feels unfair and judgmental—“Why is he/she suddenly telling me what to do, when I’ve been doing it this way all along?”

It sounds like you’re also operating under the assumption that your partner “should” share your expectation. However, imposing “shoulds” is a particularly ineffective way to get someone to change his or her behavior: I have an alternative suggestion.

Now, I know we’re talking about a small thing here, but I’ve found that this approach works equally well in any situation of mismatched expectations, large or small. If you sit down together and really listen to each other, not trying to prove “rightness,” but simply working to find common ground—you’re much more likely to come out with an agreement that works for all concerned.

Let us know how it goes—and thanks for writing to Office Politics.

Subscribe to add to Collection View Collection More from Erika on OfficePolitics.com