The Seduction of Incrementalism

I’ve been noticing lately how very much easier it is to focus on making good things a little better—rather than figuring out how to re-invent good things to make them fantastic. And I’ve also been seeing the benefits of doing the latter: 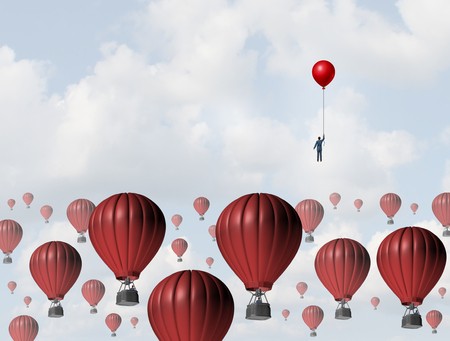 Example #1: I spent the last couple of days with a client group that did a truly bang-up job of NOT going for the easy answers, even though it would have saved them a lot of time and mental energy to do so. We spent the second day doing a “re-boot” of the vision and strategy map they had created in 2013, and when we got to strategies, it was clear that the ones they had come up with last year were pretty good and still directionally correct. It would have been by far the easiest choice simply to re-commit to last year’s strategies and come up with new tactics for this year. We actually started down that path, but after a few minutes, we all kind of looked at each other and said, “This isn’t going to hit on some of the most critical new aspects of our business—imperatives that have just arisen over the past few months. We need to start from scratch.” It required about 90 minutes of brain-stretching conversation to come up with those new strategies, and another couple of hours to craft appropriate tactics, but at the end of it they had created an exciting plan for this year that has the potential to be game-changing for them.

Example #2: My husband, who is in the process of creating Great Life Brewing, has come up with some really excellent beers—especially his milk stout and IPA. He recently entered his first round of competitions, and received “good” ratings, along with one “outstanding” that garnered a medal. Based on the feedback he got, the easiest thing (and perfectly reasonable) would have been to do slight tweaking of the recipes to make them a little better. Instead, he decided to experiment with a significant change to the sparging process (part of extracting the malt from the grain) to raise the specific gravity of the unfermented beer—which would address a consistent piece of feedback he’d received about the ‘body’ of the beer, and that he felt kept the “good” ratings from being “very good” or even “outstanding.” After a 12-hour dawn-to-dark brewing day yesterday: success! His new approach to sparging increased the specific gravity by a big margin—and (according to him—I haven’t tasted it yet) made an immediate difference in the taste and mouth feel of the beer.

In both instances, these folks avoided the seduction of making things “a little better.” It’s really easy to justify that approach, to convince ourselves that we’re doing all that can be expected of us. Now understand—I’m not talking about taking the path of least resistance: shirking, or doing things badly. I’m talking about doing what most people would consider an OK job.

But I’ve come to believe that world-class individuals and organizations are most often distinguished by their willingness and ability to do the tough work necessary to make break-through changes when that’s what’s needed, and what’s possible.

And the good news is—even though it can be a lot harder (it takes more of your time, energy, focus; more risk of failure; more letting go of assumptions)—it’s so much more satisfying to make substantive, even disruptive improvement in something important that it generally feels as though it’s all been worth it, whatever the effort involved.