Tired of Office Drama? Here’s One Simple Way To Make It Stop

Yesterday I realized that all of my best relationships—professional personal, familial—have one thing in common. In every one, the other person and I consistently assume that each other’s intentions are positive.

This may not seem like a big deal, but it’s actually huge. Let me give you an example. Let’s say that your co-worker, Joe, promises to get some information to you on Thursday; it’s pretty important because you can’t finish a key report for which you’re responsible with having his info. Thursday comes and goes: no report. What’s your first reaction?

Is it something like: “How lame is that? Joe has no work ethic and he clearly doesn’t care about anybody but himself!”

Or is it more like: “Hmm. I wonder what’s going on?—maybe he didn’t get how important this was—or maybe he got slammed with something he couldn’t avoid. I’ll call him and check.” 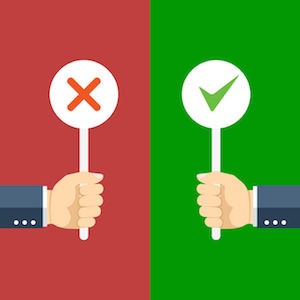 The first reaction assumes negative intent that Joe either doesn’t care about you or is actively trying to make your life tough. The second reaction assumes positive intent—that Joe is well-intended toward you, and had some legitimate reason for not fulfilling his commitment to you.

Now imagine how those two different reactions would play out:

Possible path #1: Assuming negative intent: You’ve decided Joe doesn’t care about you and has blown you off. By the time you call to ask about the information, you’re angry. You start by saying “So, where’s that document? You said you’d get it to me, and you didn’t. It may not seem like a big deal to you, but I really needed it!”

Possible path #2: Assuming positive intent: You’re honestly puzzled and you’re not sure what’s up—but you think Joe is basically a good guy and a responsible person. By the time you call to ask about the document, you’re curious. You start by saying, “I notice I haven’t gotten that document we talked about. What’s up?”

This is just a small example. Think about how this plays out with your spouse, your children, your team members or your boss over a period of days, weeks, months.

I worked with someone for many years who seemed to operate on the assumption that almost everyone was out to get her and her company. When others failed to behave as she thought they should, her automatic assumption tended to be that they were trying to make her life difficult or wanted her to fail—or that they were simply incompetent. She and I spent a lot of time talking about the power of assuming positive intent, but she wasn’t really able to change her mindset. I think she believed that assuming negative intent (although she wouldn’t agree that’s what she was doing—she called it being “prudent”) protected her from getting hurt or being taken by surprise.

I saw the impact of her negative assumptions on a daily basis: it was difficult for colleagues to create fluent, easy relationships with her; they felt that she was withholding her trust and approval, and so they treated her the same way—and they began to question her intentions. A good deal of time and effort started getting wasted on a daily basis as they all began second-guessing each other and complaining and gossiping about each other to third parties: “Did you hear that she….?”“Can you believe that he asked me..?” They started withholding information from each other and looking out for themselves rather than supporting one another.

And then—fortunately—there’s the opposite situation. Let me use my daughter as an example. She and I almost always assume positive intent in dealing with each other. Our relationship—as mother and daughter, as friends, and now as colleagues (she’s been doing some work with and for me over the past six months or so)—is characterized by ease and satisfaction. And when we have a task to do together, our collaboration is almost always smooth and productive, the outcomes high-quality. When there’s a misunderstanding, it’s easy to resolve. When one of us doesn’t complete a commitment, it’s easy to share feedback and get back on track. When we disagree, it’s easy to work it out—because we both assume that we have the same goals, and that we want to help each other. Very little drama, lots of happiness, and success.

And yes, I know that some people DO have negative intentions. But until you have overwhelming proof that someone is lazy, incompetent, out to get you, not pulling their weight, etc…you’re going to get much better results by giving them the benefit of the doubt.

When someone else does something you don’t understand, or don’t expect, or especially if they do something that creates difficulty or inconvenience for you, try to have your first thought about them be, “I wonder what happened?” rather than, “How could s/he do that to me?” That will create a place for trust, collaboration, friendship and even love to take root and grow.