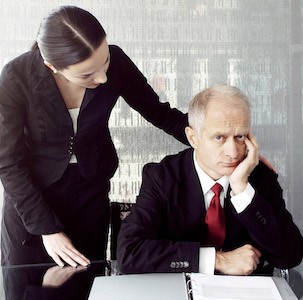 One of the most daunting things about being a leader is implementing change—especially when it’s not your idea. For one thing, it’s hard to know how your folks are going to respond when you tell them about a change. Let’s say, for instance, that your senior management has decided to revise the core yearly planning process in your company. When you first heard that it was changing, you felt nervous (What if it’s terrible? What if we don’t have any control?), but as you found out more, you could see how it would be better: more streamlined, more collaborative, more strategic.

But then, when you started to share the change with your people, their response was all over the map: from curious and interested, to wary and skeptical, all the way to unhappy and downright negative. It’s hard not to get frustrated at the people who are more resistant, to think of them them as risk-averse or difficult, and to want to tell them just to be like their more change-friendly colleagues. Unfortunately, the why-can’t-you-be-more-like-Joe approach is just as unhelpful with employees as it is when raising children: it creates resentment and doesn’t lead to any real improvements.

So, how can you help employees during change, especially when you don’t have time to stop what’s happening and let them get comfortable with it at their own pace? Here are some core ways to support your people through change:

Empathy. First, reflect on your own reaction when you first found out about the change. You may have been perfectly happy about it—but it’s more likely that you also experienced some disequilibrium. You may have been nervous (as in the example above), angry, sad, disoriented—all the things your folks are now experiencing. It’s easy to forget that when communicating the change to your folks a few months later, after you’ve come to terms with the change yourself. When you’re thinking about talking to your folks about a change, remembering your own initial reaction can help you feel—and be—more supportive of their difficulties with the idea.

What’s going away? Before you share the change with your employees, think about what will be ending for them. That is, what things that they’re used to or comfortable with are they going to have to let go of doing, having or saying? For example, in the planning process change above, they may have to let go of just planning with a few people, or only thinking about their part of the business. Even if the new approach is ultimately better (more synchronized and strategic), people are going to have to stop doing things that have become comfortable and easy for them. For most people, when they have to let go of things that are comfortable for them, it’s hard: it’s like a kind of mini-bereavement. When you recognize that, it will make it easier for you to be more patient—and often, your understanding can make it easier to let go.

What’s starting? It’s also useful to think about what’s new: what are your folks going to have to start doing that they haven’t done before? Some of these things may simply be process changes that are fairly easy to make: including more people in a planning meeting, for instance, or waiting to get some additional direction from corporate before stating the process. Some of the differences may require more substantive change on their part, though. For example, if part of the new process involves stepping back from the day-to-day and thinking about how their function’s plan is going to affect the whole enterprise, and then coordinating their plans with those of their peers, they may need to learn new skills of strategic thinking and collaborative negotiation. In fact, people’s hesitation about or resistance to change often arises in part from their intuitive understanding that they may not yet have the skills or knowledge necessary to make the change.

How can you smooth the shift? Once you have a clearer idea of what your people are going to have to let go of, and what they’re going to have start doing, you can focus on actions you can take to make it easier for them to move through those changes. As you reflect, it’s useful to keep the following four things in mind: you want to do things that will increase their understanding of why the change is happening; clarify and reinforce for them the new priorities—so they know what’s expected of them now; give them as much control as possible over the change; and give them the support they need to make the change successfully—for instance, if they will require new skills, as in the example above, to make sure they get that skill training. You might find this post helpful; it talks about these four “levers” in more depth.

One powerful way to give both control and support is to have a conversation with your folks that takes them through the steps I’ve outlined in this post. First, share the reaction you had when you first heard about the change, so they know they’re not alone and that you understand their hesitations and concerns. Then ask them what they’re going to have to let go of, and what will be new for them. Finally discuss together what you—and they—can do to help ease these endings and beginnings. Some of the ideas you’ve created in going through the steps above will, no doubt, be helpful and welcome—but they’ll also almost certainly think of things you haven’t considered. And agreeing to do some of the things they request can significantly increase their comfort—both because they’ll feel more in control of the situation, and because they’ll feel more confident that you’ll support them through the change.