What does she do all day long?

Recently one professional revealed that the other professional has been making negative remarks about me, comments such as “what does she do all day long?” Normally I wouldn’t put much stock into such hearsay, except the one professional is known to be critical, brusque, and controlling. (Fortunately, she also has good qualities!)

Another piece to the picture is that this critical professional applied previously for the manager’s position, but was not hired. She did not compete against the current manager for the job. She was hired at a later point into the lower position she holds now. She often criticizes the current manager. I suspect she is bitter about not having been chosen as manager, though she denies it.

Now she’s applied for a position above my manager. She is well qualified and has a good chance at making it. She is a good employee—knowledgeable and hardworking. I am also skilled, knowledgeable and hard-working though (18 years experience with good reviews). Regardless of where she lands, I’m wary of someone spewing negative comments like this. If she is promoted, I don’t want her critical ‘misperceptions’ coming out at the new place and poisoning others. Should I say something to her? If so, what and how to say it (obviously, calmly, professionally, with respect and one-on-one)? She is definitely someone who is into hierarchy and control and tends to be someone who keeps pushing unless you assert a boundary with her.

Any thoughts, suggestions, readings I would much appreciate.

First, I very much appreciate your professional maturity in being able to recognize the good points of the person who’s been making negative comments about you. That can be a difficult thing to do (we tend to demonize those who hurt or upset us, making them 100% bad in our minds). Your objectivity is a great starting point for resolving this issue.

Let’s begin by assuming that her criticism of you has very little to do with you. It sounds as though this is simply a habit of hers (you say she criticizes your boss in much the same way), and she may be largely unconscious of doing it.

You also say she is hardworking and knowledgeable—so I assume she values those traits in others. 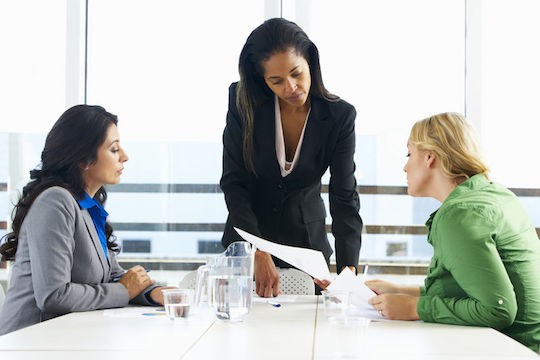 Finally, let’s assume that she really doesn’t know what you do all day. It may be that your role is actually unclear to her, and she’s frustrated because she has expectations about how you’re going to support her that may not be realistic, given your overall responsibilities. And if she has more clarity about your role, she might feel more positive about your contributions (and be more realistic in her expectations.)

So, I’d suggest that you ask for a meeting with both the professionals. You can tee it up by saying that you’ve realized that, since your role is such a mixture of support and professional duties, and that it changes according to current circumstances, it may not be entirely clear to them how to work with you most effectively.

Then use the meeting as a real roll-up-your-sleeves-and-work-together opportunity. First, clarify your role, and how your time tends to be used on a day-to-day basis. Then ask them if there are ways you could use your time differently to support them better, or ways the three of you could work together to get the work done more efficiently. Spend the rest of the meeting looking for ways to understand each other’s responsibilities and team together in the most productive way.

Your colleague will not only get a much clearer sense of what you actually do, but she will leave the meeting with the sense that you’re committed to working with her in a way that both supports her and her peer, and best accomplishes the work of the department. I think this may be your best shot at reducing her criticism, and solidifying her as an ally.

Hope this is helpful—let us know how it works! Thanks for writing to OfficePolitics.com.