When Things Get Really Bad, Here's The Leadership Skill You Need Most 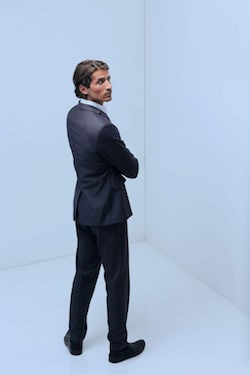 Recently, the folks at NBC News—and more broadly at NBCU and Comcast—have been going through what, for many of them, is the most difficult passage of their professional careers. The firestorm in the media around the situation with Brian Williams and his misrepresentations of his experience in Iraq (and perhaps in other situations, as well), has been traumatic and and disruptive in the extreme for everyone there. I know that none of them are taking this lightly and that everyone in the group is trying to figure out how to do the right thing while keeping the business moving forward successfully.

They’re not just listening—they’re making quick, important and sometimes very difficult decisions, as well. But I notice that those decisions are grounded in a fairly clear and non-reactive assessment of the current situation—the kind of assessment that’s only possible when you’re listening.

When leaders really listen to their people and their customers, powerful things happen. Think of a time you felt fully listened to in a high-emotion situation—by your boss, for instance, or a customer service person. I suspect, if you’re like most people, it was deeply disarming and satisfying—and that it made you feel ready to move on and address the issue. That’s the magic of listening. For example, a CEO client of mine had a major product recall that threatened the financial stability of his company. He spent the next week doing, in effect, a listening tour throughout his organization—and I watched what could have been a nightmare (people pointing fingers, working at cross-purposes, hunkering down to weather the storm) turn into a fairly amazing positive response of everyone pulling together to minimize the damage—both financially and to their reputation in the marketplace—and craft a plan to get the re-designed product back out to customers in a way that would regain their trust.

We all give lip service to listening, as a leadership and management skill. You’d be hard-pressed to find a leader or a leadership pundit these days who doesn’t support the idea of listening. But actually doing it—and doing it when you’re in a really tough situation, and your overwhelming impulse is just to react—that’s much more difficult. I’ve noticed, over the years, that three things have to happen, before somebody starts being a better listener:

You have to believe that it will really make a difference in your relationships and results (or you won’t make the effort to change, particularly in circumstances where there’s a strong impulse to act vs. listen first)


You have to learn the actual skills of listening (because it is a skill, like tennis or carpentry, that you have to understand and practice in order to get good)

The first two are really up to you. You have to decide, within the privacy of your own mind, whether you believe the benefits of listening in challenging situations outweigh the costs (giving up some control, not acting on your first impulse, taking some time to do it, etc.)

The third one I can help you with. Here, then, is a quick primer on the skills of listening: how to do it, and—especially important—how to do it when things are blowing up around you. Good listening involves four skills: attending, inviting, questioning and restating. Here’s how they work:

Listening Skill #1—Attending: This simply means focusing your attention on the person who’s speaking: not doing other things, and—insofar as possible—not thinking about other things. This is so simple and obvious that we tend to underestimate its importance. However, paying attention to someone when he or she is speaking is a powerful way to let them know that you’re with them and that you want to hear what they have to say. If you think back to a time when you were trying to talk to someone who wasn’t attending to you (was scanning the room at a party, or watching TV over your shoulder), you’ll realize immediately how important this is. When someone who’s ostensibly listening to us doesn’t focus on us, it’s as good as saying “I don’t really care what you say.” Pulling your physical and mental attention away from all the possible distractions (which, in a challenging situation, can multiply like an evil distraction virus) and being fully present with people creates the necessary environment for real listening.

Listening Skill #2—Inviting: If attending is like being home when someone comes to visit, inviting is like opening the door and asking them to come in. Inviting is all the little clues you provide to indicate to the person that you want them to keep going and that you’re tracking with them. Some of these clues are physical; using expressions or gestures to indicate agreement or understanding (i.e., showing surprise when someone says something surprising, nodding to show ”I’m with you”). And some of the clues are verbal: you might ask brief questions, like “What else?” or “How?” Or you might make small encouraging noises/words like, “Hmmm,” “Ahh,” Uh-huh,” and “Right.” We tend to do these things when we’re relaxed with the person and comfortable with the conversation. By bringing this skill to your conscious awareness, you can also do it when you’re less relaxed and/or less comfortable—even, in fact, in situations where you’re hearing things you’d really rather not hear, but know that you need to hear. Attending lets people know you’re present; inviting encourages them to speak, and to continue speaking. It’s especially useful when others are saying things that are difficult for them to say, but that you really need to hear.

Listening Skill #3—Questioning: Depending on how and why a question is asked, it can greatly hinder or greatly help the listening process. For instance, questions that focus on supporting your existing point of view get in the way of listening (e.g., “Isn’t customer service the main problem?” or “Couldn’t you have addressed that sooner?”). They’re just statements of what you already think, dressed up with a question mark. This kind of question forces the speaker to respond to your point of view, rather than sharing his or her own. Questions that support listening arise out of curiosity. They’re an expression of your intention to find out the speaker’s point of view (e.g. “Do you see customer service as part of the problem, or not?” or “How could we have addressed that sooner?”). If you want to develop this skill of curiosity-based questioning to improve your listening, listen to what you’re saying to yourself mentally before you ask the question. A question that’s focused on finding out someone’s point of view will tend to come from self-talk like “Hmm, I wonder what she meant by that?” or “Now, that’s interesting—I’d like to know more.” In contrast, non-listening questions tend to be preceded by self-talk like, “I don’t agree. I think…” or “I need to set him/her straight.” Staying curious in tough situations is particularly challenging, but if you can do it—and ask the questions that arise from it, you’ll both find out key information that you’d otherwise be missing (from customers, employees, your bosses and colleagues) and build stronger relationships.

Listening Skill #4—Restating: The final skill of listening is the only one that, for most people, requires a conscious effort to learn. Unlike the first three—attending, inviting, and asking listening questions—restating isn’t something most of us already do. However, it’s an extremely useful skill, particularly when you’re trying to understand complex ideas, gather new information, or show the speaker that you understand him or her when tensions are running high. Restating is simply summarizing, in your own words, the essence of what the speaker has just said. In challenging situations, especially, restating is a nearly foolproof way to assure that people feel understood and heard, even when you don’t agree with them, and to support people in getting ready to move on to resolution.

For example, let’s say a senior and well-respected employee comes to you and says, “I’m just not sure this new product is the right way to go. I know that part of your vision is to be more innovative—but this just seems too far away from our core expertise. And it seems so rushed. We’re putting a lot of money into this….” Your first impulse might be—like most managers—to go into explanation/reassurance mode (“Oh no, we’ve really tested this out, and…”). Or even less helpful, you might play the we-all-have-to-be-behind-this card. In either case, the employee is going to feel shut down, and you won’t hear any further thoughts he or she might have. Imagine, instead, that you restate the essence of their concern: “You’re worried this new product might not work—that it’s not in our sweet spot, and that we might be moving too fast.” I suspect the employee’s immediate response would be a hugely relieved “Yes! or “Exactly!” And instantly, all kinds of great things will have happened: you have important information about how a key employee sees the new product; he or she feels heard and respected—and will be much more likely to come to you with important concerns in the future; and you are now perfectly positioned to either share information that could allay the employee’s concern (if it’s not warranted) or engage him or her in problem-solving (if it is).

So that’s real listening. As you can see, it’s a set of specific behaviors you can do that hugely increase the odds that, even during difficult times, you’ll get the critical information you need while deepening and strengthening your key relationships.